Difference Between US and Italy in Terms of Fighting the Virus

If you’re checking the Worldometer for the latest stats with regard to the Wuhan coronavirus, you may have noticed a few things.

Italy has now allegedly passed China in number of deaths. But as we reported earlier, it’s tough to trust anything China is saying and unfortunately they may be exaggerating their “recovery.”

I don’t believe this. Maybe, just maybe, the Chinese communist govt is lying about its total numbers. Reporters naively parrot the numbers the CCP releases. I’d bet any reporter $100 that any serious investigation would show the death toll is MUCH higher. https://www.cnbc.com/2020/03/19/coronavirus-death-toll-italys-is-now-higher-than-chinas.html …

9,845 people are talking about this

Italy’s mortality rate is about 8.3 percent. Ours, as of this writing, is 1.3. Now this may change, but our rate has been consistently dropping as testing has risen as we predicted it would likely do.

Italy starts out with a more elderly population, which means they’re starting out with a disadvantage for such a virus. They also already had a strained national health system. So this basically overwhelmed it almost immediately, as we reported.

But there may also another big difference between us and Italy. We could anticipate and we shut down traffic from China early and then subsequently Europe. They did not. The Mayor of Florence was even encouraging people to “hug Chinese people” in early February to fight “racism.”

Here’s Dr. Fauci explaining that fundamental difference in reaction to Lester Holt on MSNBC. Our reaction “has gone a long way” in the fight. “Unfortunately, Italy did not do that. They had an open border.” He praised the decisions to cut travel from China and from Europe.

Dr. Fauci responds to question about differences between U.S. and Italy, says @realDonaldTrump stopping travel very early from China “has gone a long way” in fight against coronavirus

“Unfortunately, Italy did not do that. They had an open border.” 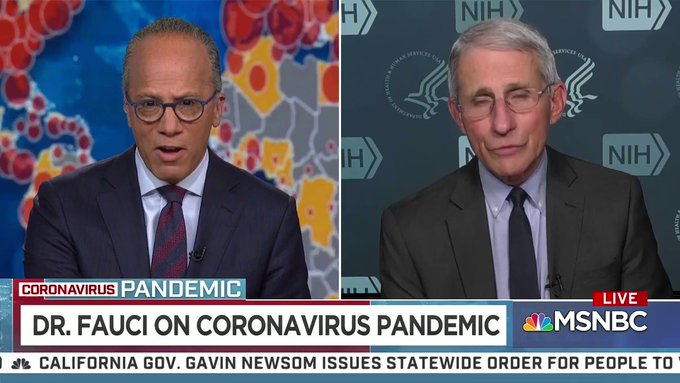 6,380 people are talking about this

Remember at the time Trump did that back on Jan. 31, Democrats were more concerned about impeaching him and calling the ban “racist,” as we reported. Liberal media was upset about the fact that there were white men on the task force Trump formed in January. Joe Biden at that time suggested that the China travel ban was “xenophobic.”

President Trump announced restrictions on Travel to and from China in response to Coronavirus. 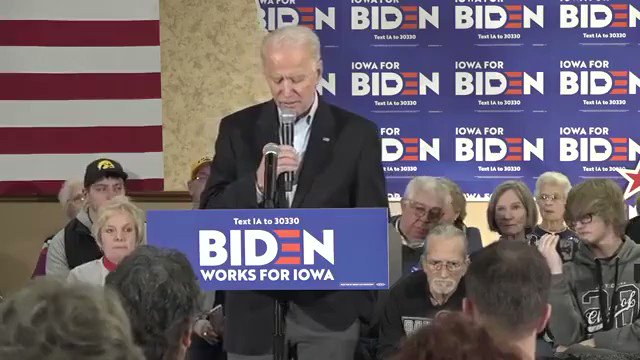 1,543 people are talking about this

Here’s Biden, even on March 12, failing to understand the risk from Europe and that it had become an epicenter for new cases coming into the U.S.

Joe Biden today falsely said #COVID19 travel restrictions were “based on favoritism & politics, rather than risk”

When will Biden be quiet and let the experts speak? 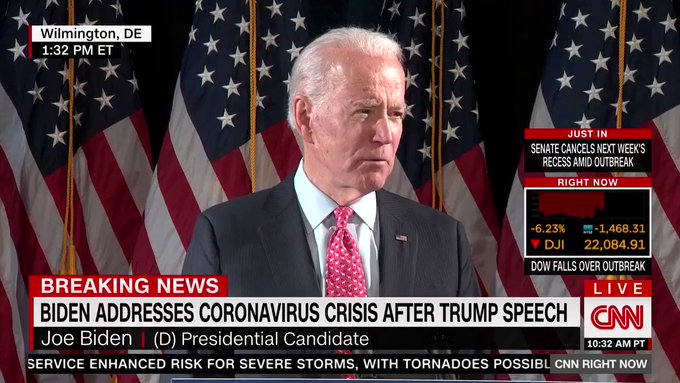 417 people are talking about this